Are you looking for KellyBronze Turkeys in Surrey?

We are delighted to say that we are your local stockist of KellyBronze Free Range Turkeys at Chapman & Son Butchers in Tadworth. Widely renown as the finest birds that you can buy, KellyBronze Turkeys continue to win award after award, which is why they are the only turkeys recommended by the likes of Jamie Oliver, Gordon Ramsay, Michel Roux Jnr, Nigella Lawson, Delia Smith and many more!

“Fit for a Queen”

It is reported that the Queen of England enjoys KellyBronze Turkeys…. amongst many other celebrities and chefs!

Kelly Bronze Turkeys live as nature intended, with lots of exercise and a natural diet of corn, soya and foraging. A KellyBronze has flavour, texture and produces it’s own gravy.

KellyBronze turkeys are over twice the age of a standard intensive turkey – doubling the farming costs but quadrupling the flavour. Maturity has the biggest single impact on flavour. A KellyBronze has well marbled meat and award winning flavour.

How to cook a KellyBronze Turkey

How to carve a KellyBronze Turkey

Although we sell only the finest of turkeys, we understand they are not for everyone. If you fancy a tasty alternative, why not try one of our beef, pork or lamb joints instead? 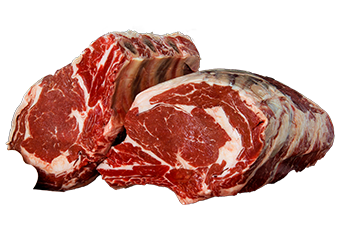 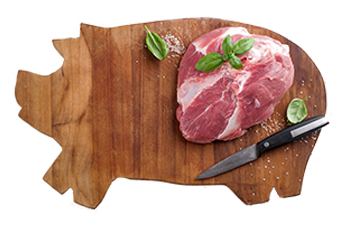 Pork loin (on and off the bone), Pork Shoulder and Cooked and Uncooked Gammon joints.

Legs of lamb and Shoulders of lamb – whole, half, on or off the bone, or even Racks of lamb. 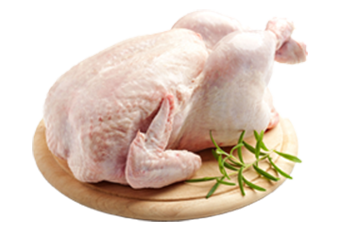 Large chickens (also known as Capons) are a great alternative to Turkey. 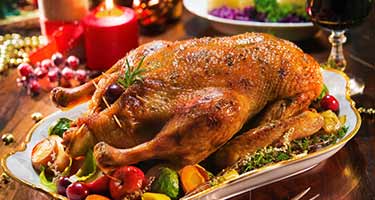 Gressingham Ducks and Free-range Geese – only the best will do instead of Turkey. 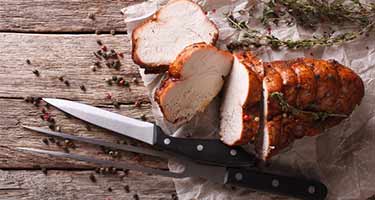 If you don’t need a whole Turkey, our rolled, boneless breasts are succulent and easy to carve. 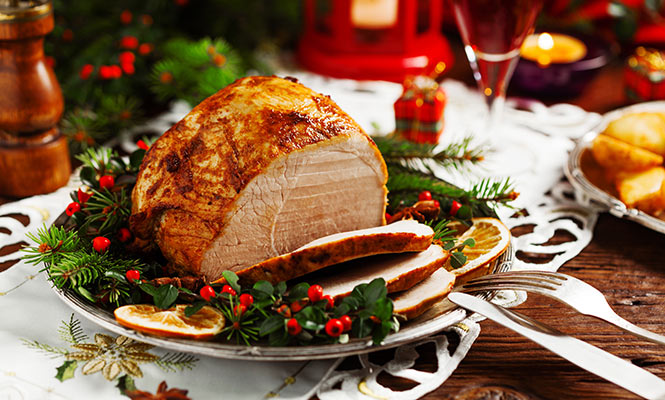 We cure all of our gammon on site and do not inject our meat with any water. You can be sure that you are getting a prime joint, which has been cured to perfection, following a recipe that is over 100 years old and was originally discovered by Arthur Lewis Chapman, the third generation of the Chapman family to work in the butchers.

…and all the Trimmings!

We believe the little extras are just as important as the show stopper. After all, it wouldn’t be Christmas without pigs in blankets!

Choose from our Traditional plain pork or Directors sage sausages – both of which are ideal for pigs in blankets!

Also great for pigs in blankets, Christmas breakfast, or as a dressing for your bird – our bacon is home-cured and available smoked or unsmoked.

Who doesn’t love a good stuffing? We make our own pork sausage meat, which is available both plain and with sage. We also sell a jolly fine stuffing, including a special festive version.